Get Our Must-Have Checklist:

What You Need to Know When a Loved One Dies 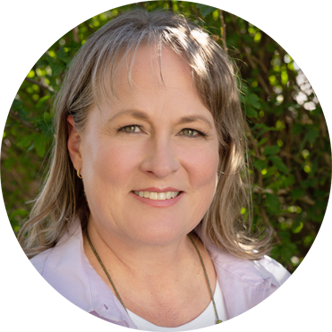 It seems we all have things we should be doing–cleaning out the garage, labeling all those old photos, getting our affairs in order–and yet there is always something else more pressing or more interesting. Sometimes it takes a scare to jolt us into action and that is what happened to me. Twice.

My first scare came a few years ago. I was driving through a canyon when I hit black ice, smashed through a tree, and ended up upside down in the forest, hidden by a blizzard. I was lucky and walked away, but all I could think about was the chaos I would have left behind if I had been killed or seriously injured. I began to put together all of our legal documents and insurance policies, business information and lists of important contacts, and the first iteration of “MyFinalChecklist” was born. I told the kids where the information was, patted myself on the back, and locked it all in the safe, firmly convinced that they had everything they would need if something happened to me.

Of course, that was not really the case as we found out during scare number two when my husband was diagnosed with cancer and scheduled for emergency surgery. Suddenly I realized there was more to getting my affairs in order than just lists of insurance policies and accounts. We needed to talk about (and document) what kind of funeral or burial we wanted, what we wanted to tell the kids, and other end-of-life wishes. Those were not “fun” conversations but we were both so relieved once we had had them. And after his long battle, I knew exactly what he wanted to have happen, which made dealing with his death a little less overwhelming because many of the decisions had already been made and I knew I was honoring his wishes.

Hopefully it does not take a car wreck or a serious medical diagnosis to motivate you, as it did me.

Anyone who has handled the estate of even an organized person knows what a mess it can be. Getting your affairs in order now is satisfying, knowing that you have done everything you can to make it easier for those you leave behind.

Thank you for taking the time to get to know our story.

Getting your affairs in order now is satisfying, knowing that you have done everything you can to make it easier for those you leave behind.
Suzanne Atkinson
Founder, MyFinalChecklist

Our Mission: You and Yours

At MyFinalChecklist our mission is to offer peace of mind by helping make end of life preparations easy, comprehensive and less daunting, saving grieving families from the administrative burden and overwhelming stress of organizing affairs when a loved one passes away.

Check Out Our Blog

Join our email list for information, tips, and ideas for end of life planning.